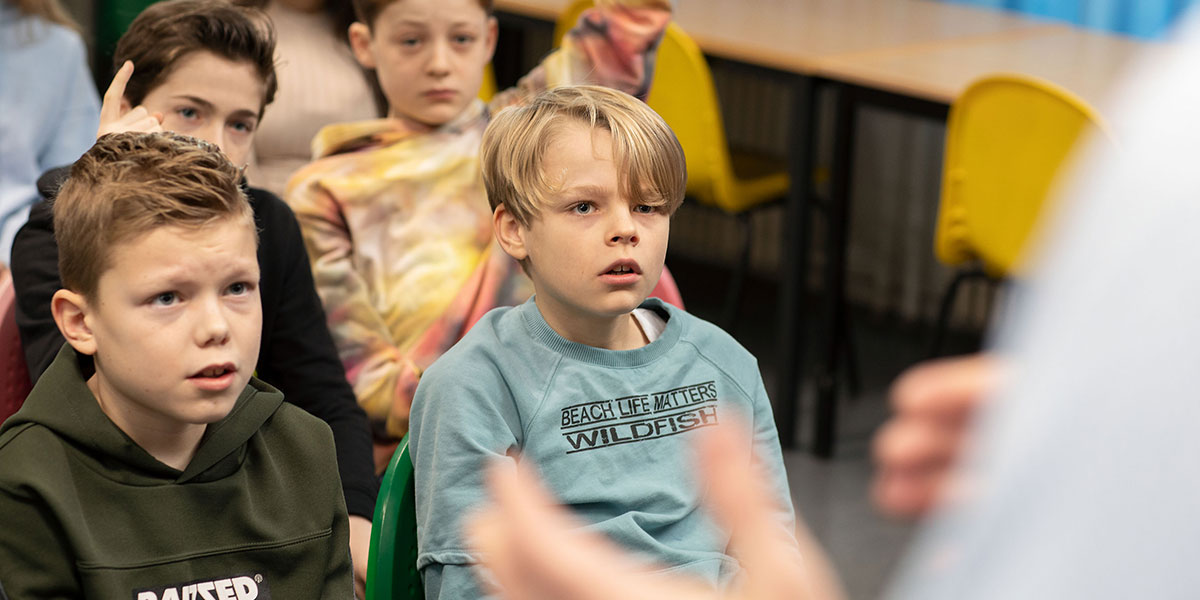 NA DE OORLOG is a volunteer foundation. Both the guest speakers as the coordinator work completely voluntary. Paid workers are only hired as freelance writer, director, designer etc.
​
The origin of Na de Oorlog

Can the immediate family of eyewitnesses who experienced genocide trigger the same emotion and imagination to students and eyewitnesses? This was the first question we asked ourselves when an eye witness from the Holocaust stated that the first generation would not be able to tell their personal story in schools or commemorations in the not too distant future.

If you ask school boards, they will say yes. Genocides such as the Holocaust, migration and other mechanisms are included in the teaching methods and there is a need for people who can trigger the imagination and allow the emotion to be incorporated, as if you were standing beside it. But those schools are also professionalized. The requirements to become a teacher have been increased and children have been influenced by social media in their way of learning. Which concept fits in with that?

If you ask the post-war generation, they also say yes. They feel it is their duty to pass on the story of their immediate family. In fact, they have a distinct drive to do this. Certainly in view of the rise of anti-Semitism, exclusion, racism and not to mention the polarization of society. The same guest speaker also wants to experience personal growth. Partly because of this, we develop a guest lesson under professional supervision.

If we look at the world around us, the terms polarization, anti-Semitism and racism currently apply. In our view, the power of a personal story helps to counteract this polarization and foster more understanding and empathy for people who think differently than you do.

Our goal is to address personal stories about genocides, anti-semitism, racism, and discrimination. Thinking and acting in the interest of education is the starting point for shaping the personal story. A combination of "looking at", "doing it yourself" and "reflecting on" forms the basis for all our activities.

The usefulness and necessity in numbers

About
0
guest lessons
Reach
0
students
There are
0
students

There's work to be done for the post-war generation of Na de Oorlog!

Can we double the number of guest lessons?