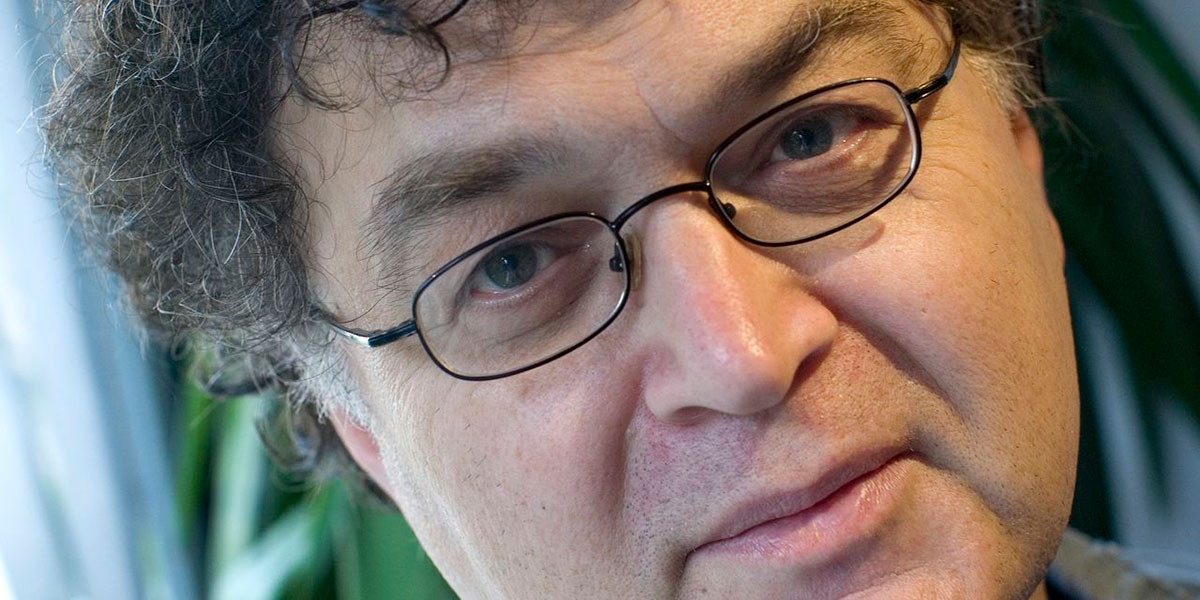 In 'Five questions for' we want you to get to know our guest speakers. What moved them to share their story and what are the obstacles and special moments they encounter?

During his guest lesson, Peter tells you the story of his aunt Jo (19) and her niece Hanna (3). When Hanna's parents and grandmother are deported from Amsterdam she decides to look after her niece Hanna. After they've been betrayed Jo and Hanna are taken to the Hollandse Schouwburg for deportation. Jo manages to escape. She goes to the daycare across the street where Hanna was taken. Risking her own life she begs Walter Süskind to save her niece, in which he succeeds. Hanna is trafficked by the student resistance, brought into hiding and manages to survive the war.

"A lot of anti-democratic and extreme developments are taking place. Take Trump, who managed to come to power in America or Orbán in Hungary. But also in Holland you can regularly see a brown cloud coming from the corner of the far right parties. Another danger is that because of social media and Artificial Intelligence propaganda, misinformation and cunning slander campaigns can be spread even faster. As a guest speaker I want to create the awareness in the younger generation for the things that happened in the past and create a link with the future. I want to plant a seed that will hopefully come to fruition in the future. A lesson that I certainly want to pass along to the young-adults is to take control of their own lives and to think independently. To not blindly follow the herd or a single person..."

What is the biggest challenge for you during this process?

“It's important to me not just to link my family story to Judaism: it's a universal story. I find that quite a challenge to convey. That's why I try to stimulate young people. How could it happen that a large part of the German people, who actually had a high culture, thought that Jews are 'rats'? Is it due to 'the Germans' or is it human? I cite the later genocides in Yugoslavia, Cambodia and Rwanda as examples. Factors such as economic discontent and a well-oiled propaganda machine often play a role in the development of a mass slaughter. But everything starts with the exclusion of people, be it religion, race or sexuality. So also in the classroom.”

What experience of this process will stay with you forever?

“Recently I gave a guest lecture about the Second World War at an Islamic school. Beforehand I was curious if I could find a sufficient connection with my story. Nothing turned out to be less true. I was received very openly and hospitably, the children were well prepared and genuinely interested. They asked many interesting questions after my story. In fact, I was just kicked out and confronted with my own prejudices.”

"If you know how to move children, they are most open”

What did you learn about yourself during process of Na de Oorlog?

“That I have to remain aware of my own prejudices. You often tend to see your own culture as determining. As a result, you mainly interact with people from your own culture or who are close to it. By being open to others, you can investigate whether your assumptions are actually correct. And then you are often pleasantly surprised. So stay curious about each other!”

“I have learned the necessary life lessons from Krishnamurti's books. The most important is: take control of your life by following your own path. As humans, we have built a wall of certainties inwardly around us with the help of religious, political and personal representations. According to Krishnamurti, this is also the cause of our problems, because they divide people among themselves. Our outlook on life is determined by the ideas that are anchored within us. That is why I keep looking critically at myself: what do I see, what do I feel and what do I perceive?”