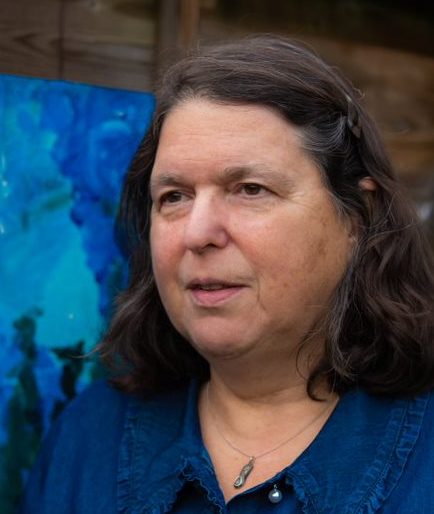 When I look at my grandfather Jacob's antique jurisprudence cabinet, I imagine that all those 12 drawers contain important wisdom.

How to give refugees a full place in our society; how to let people live decently; how to fight that inequality in a constructive way without going overboard. But that inequality between Jews and non-Jews before the war couldn't stop my grandfather either! Is that why he was already a council member for the SDAP in Amsterdam before the war? And immediately after the war he co-founded the PvdA and became alderman for housing of Amsterdam?"

Her grandfather Mr. J.J. van der Velde watched with dismay as the Nazi measures became increasingly severe. When Jews were forbidden to work and his thriving law practice was taken from him by the Nazis, he decided to go into hiding with her grandmother Ro and their three children. Jorna's mother Rita and her sister are placed at a different address. Her mother is in various places, goes on a hunger trip and narrowly survives Dolle Tuesday.

In early 1943, her grandmother Ro was able to collect food coupons from the resistance movement. Then disaster struck... The address was betrayed and she was arrested. Ro was deported to Westerbork to be put on a transport to Bergen-Belsen concentration camp four days later. From there, at the end of the war, she ended up in the infamous 'Verloren Transport', one of the last trains on the way to Theresienstadt concentration camp. A hellish journey that ended after 13 days in Trobitz where they were liberated by the Red Army.
Miraculously, the whole family survived the war, so that Jorna can share this extraordinary story with everyone.

This guest lesson was made possible by the Snatager Foundation.