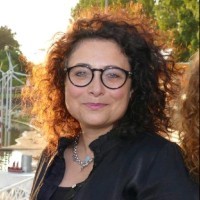 It's 1949 and Rosy is 11 years old when a classmate says, "Dirty fucking Jew!" Rosy has no idea what he is talking about and asks her foster father what her classmate means by this ...

In January 1942 Ruben has to hand over the pharmacy to a "verwalter" and not long afterwards the family decides to go into hiding. Because of the danger of being discovered, the girls were taken in by a family member. How intense must that have been? To have your children go into hiding separately, knowing that you might never see them again?

Ruben and Elisabeth go into hiding in Drunen, but when more and more money is demanded, they no longer feel safe. They find a new hiding address in Geleen, but are betrayed. On 25 January 1943 they are arrested and taken to the prison in Maastricht. Two weeks later they are transported to Westerbork, where they were immediately locked up in penal barrack 66 on arrival. Three days later they are transported to Auschwitz, where Elizabeth is immediately murdered in the gas chamber upon arrival. Her husband Ruben is put to work in the camp as a forced laborer. He too does not survive and dies of exhaustion a few months later. Their children Rosy and Salomé survive the hiding period and are raised by foster parents.

It is over 20 years later in the 1970s when Rosy and her children are confronted with the neighbor's statement, "They should have gassed you all." And that is exactly the drive of (grand)daughter Michaja Wiener to tell this story again and again, so that everyone can learn not only about the Holocaust, but also from the Holocaust.