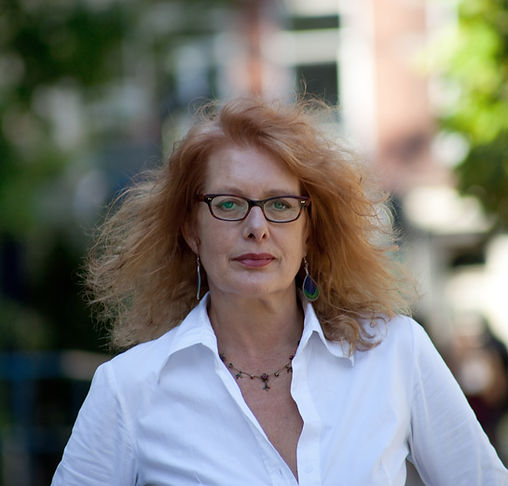 'I never wanted to burden you with the war,' was a famous quote from Saskia Goldschmidt's father Paul.

A man who had narrowly survived Bergen-Belsen concentration camp, had lost family members and was already on the verge of death when he was liberated by the Russians.
His desire became an impossible task for Saskia.

Growing up in the shadow of the concentration camp was a tough job. For although the camp was hardly ever mentioned, it was a daily presence in the parental home.
And because questions were unseemly, Saskia secretly tried to find out as much as she could. At her own 'hiding place' she practised and studied the photos that the liberators of Bergen-Belsen had taken of the scrawny prisoners. The diary from Bergen-Belsen, written by Renata Laqueur, her father's first wife, became the 'encyclopaedia of her father's suffering'. The diary recounts the abuses, the hunger, and the 'Lost Transport', the death train that carried Paul and Renata through Germany in the last weeks of the war.

As a theatre maker, Saskia Goldschmidt developed projects for children and young people that were aimed at bringing suppressed family stories to the surface. Ten years ago, she realised that a story had been left behind. She researched the suppressed stories of her murdered relatives and wrote a book about it: Mandatory Happiness, Portrait of a Family. Since then, the history of her family and of anti-Semitism, racism and the effect of exclusion on children and family has been a recurring theme in all her books and one that she likes to discuss with children and young people.