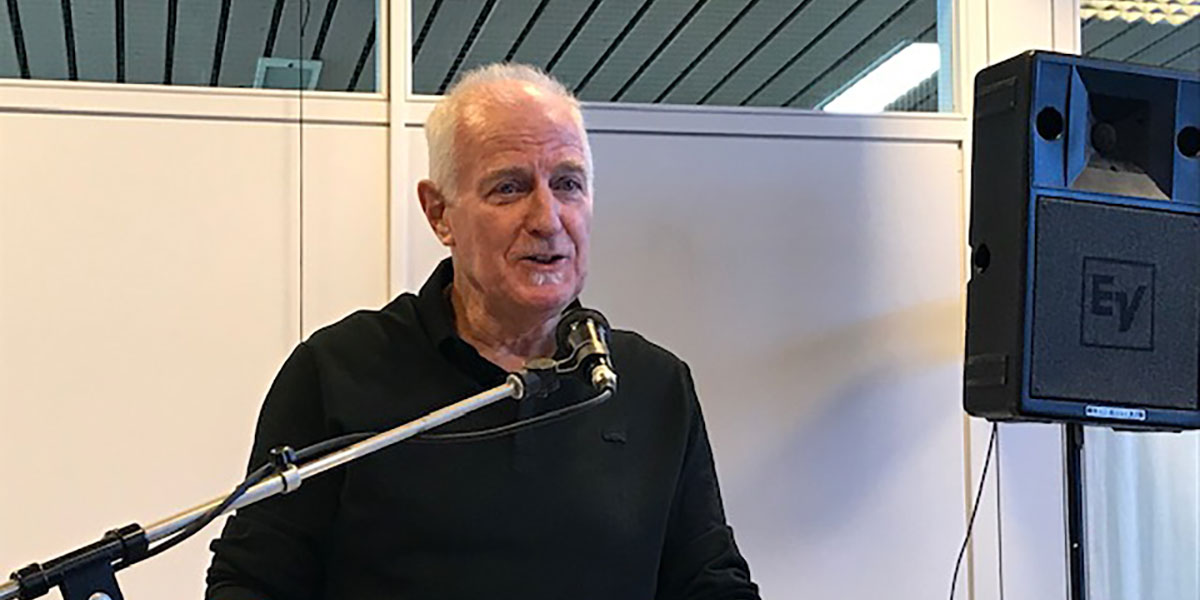 The Emanuel Snatager Foundation helps people who suffer from war and violence in achieving their goals and dreams. The foundation, established in 2020, is a sponsor of After the War and Eva van der Fluit, board member, program manager and partner of Emanuel, is happy to explain why.

Emanuel Snatager, founder of the foundation, worked for more than thirty years at 'Centrum 45' as a therapist specializing in trauma. He treated people who had become victims of war and/or violence. The war is not unknown in his own family either. His father went into hiding in the Netherlands during the Second World War and has lost his entire family. Emanuel's mother has lost her mother and brother in Bratislava. Emanuel decided to dedicate his (working) life to this and wants to continue this after his death.

"It's good to bring those stories into the classroom, but also to draw it to the here and now."

“There are still people who suffer from war and violence. We think it is very important to make this subject a topic for discussion and to commit ourselves to this as a foundation,” according to Eva. “Post-War fits in nicely with our objectives by addressing the younger generations and making them aware of what went wrong in the past and what sometimes still resonates in later generations.” The war does not necessarily stop with those who return alive. It can also have an impact on subsequent generations. After the war, guest speakers train not only to tell their family story, but also to start a conversation with the students after the guest lesson.

Eva: “If you want to get a message across, you need more than a substantive story in a book. It has much more impact when people get personally involved. It is good to bring those stories into the classroom, but also to draw it to the here and now. What are you doing? What can you do?” The Emanuel Snatager Foundation wants to give a helping hand to people who have to deal with war or violence and are therefore unable to pursue their dreams.