When Victor Halberstadt goes to the A.B. Davids Nijverheidsschool in Amsterdam, he wants nothing more than to become a pastry chef.

Since the class is full, he eventually becomes a tailor. It would later save his life and 'happiness comes first' became his life motto. As the eldest of a family of seven children, he is different; smart, bold and he has guts!

In October 1938, just before the Kristallnacht in Germany, Victor changes his religious conviction at the congregation from Dutch Israelite to 'none'. Did he have foresight? And can that keep him out of the hands of the Nazis? On the day he turns twenty-one, he moves into a room with friends of his parents. And so Victor goes into war... 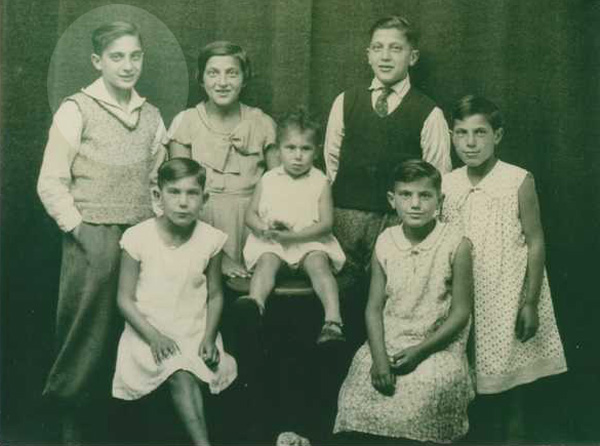 In July 1942, he was one of the first Jews to receive the well-known call to work in the east via Westerbork. He manages to get out of this and continue working as a tailor in Amsterdam for a few more months. At the end of 1942 he was also picked up by the black police from his work at 8 Herengracht in Amsterdam and taken to the infamous Euterpestraat: the headquarters of the Nazis, where Aus der Fünten holds sway. With hundreds of Jews in the courtyard, he devises a ruse. He sees members of the Jewish Council walking around with a white band around their arm and does not hesitate for a moment. Handy as he is, he sews a band from a white handkerchief and thus manages to escape from the Nazis.

Victor goes into hiding in Amsterdam and Laren and at the third address he chooses to report for the Arbeitseinsatz in Germany with a false pass. He ends up in the lion's den at a military tailor shop in Baden-Baden and makes generals trousers for the Nazis for two years.

Victor survives the war, but neither does most of his family. Except for one sister, he sees his entire family being taken away. His brother Michel, who is one and a half years younger, becomes a pastry chef. He first waves goodbye to his sisters in Westerbork and is then murdered six months later after a horrific time in the 'hospital' of Auschwitz.